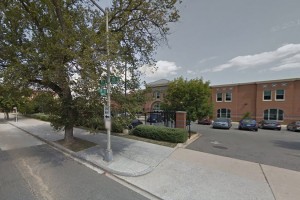 Shortly after the robbery, officers detained two boys and arrested them in connection with the incident, according to authorities.