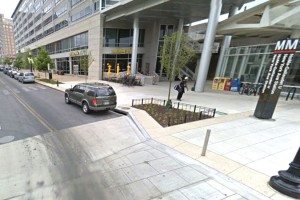 A man sleeping near the north entrance of the NoMa-Gallaudet University Metro station was stabbed early this morning.

The assailant walked walked up to the victim and stabbed him before fleeing. The man was hospitalized, according to authorities.

Police described the suspect as a man with a “medium complexion.”