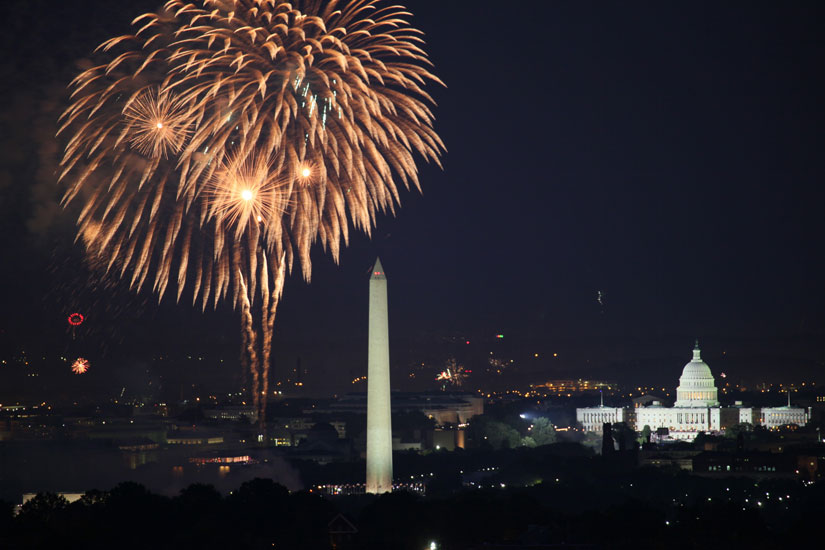 Fireworks will illuminate the skies around Capitol Hill in at least three shows this week.

On Friday night, fireworks are scheduled to shoot up near Nationals Park at the end of the team’s game against the San Francisco Giants. Spectators at the game also will experience “military pageantry and patriotic-themed music” during the display, according to the Nationals.

The next day, on July 4, the Foo Fighters concert is slated to end with fireworks over RFK Stadium about 11:30 p.m.

The District’s main fireworks show on Independence Day is set to happen about 9 p.m., however. The fireworks, which will take to the sky near the Lincoln Memorial Reflecting Pool, will be visible from Capitol Hill.