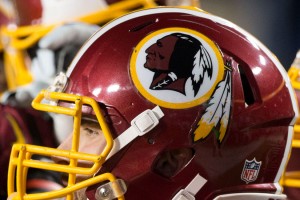 The Obama administration has indicated that it’s unlikely to support the Redskins returning to property occupied by RFK Stadium, posing a challenge that may keep the football team from D.C., The Washington Post reported today.

In order for the Redskins to make their home on the RFK Stadium grounds again, the team would need approval from the National Parks Service, which owns the land. Interior Secretary Sally Jewell, who oversees the agency, told Mayor Muriel Bowser earlier this year that the Obama administration isn’t inclined to let the Redskins build a new stadium on the property unless the team has a new name.

Bowser is trying to lure the Redskins from Maryland to the District.

Would you back the Redskins returning to the land beneath RFK? You can weigh in through the poll and in the comments.