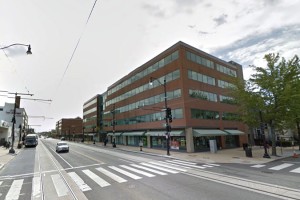 (Updated at 2:20 p.m.) A thief attacked and robbed a man on the H Street corridor on Independence Day.

The robbery happened on the 600 block of H Street NE about 3:15 a.m. Saturday, police said.

The robber struck the victim in the back of the head when he was walking on the block, which includes a CVS. The victim fell, and the thief robbed him.

In addition to the fatal stabbing on a train at the NoMa-Gallaudet University Metro station, other crimes reported in the Capitol Hill area over the holiday weekend included another stabbing and an assault with a gun.

Someone was stabbed in Southwest on the Fourth of July, authorities said. The stabbing, which police said was a domestic assault, happened on the 100 block of N Street SW about 10 p.m. Saturday.

A person also was hit with a handgun after an altercation near Miner Elementary School in Northeast Capitol Hill Friday night, police said. The attack happened in an alley on the 1500 block of F Street NE about 8:30 p.m. Friday.