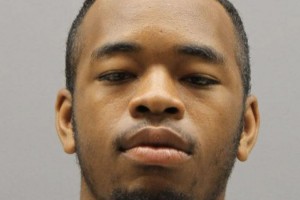 (Updated at 2:15 p.m.) Police have arrested a man wanted for stabbing an American University graduate to death on a train at the NoMa-Gallaudet University Metro station over the weekend.

Jasper Spires, who is suspected of the homicide, was arrested today on the 4800 block of Georgia Avenue NW, police said.

Police found Sutherland unconscious and suffering from stab wounds when they responded to a report of a stabbing at the Metro station on the 200 block of Florida Avenue NE.

Sutherland, who graduated from American in 2013, was described by friends as “kind and gentle,” The Washington Post reported. At American, he served two terms as the secretary of the university’s student government and was an advocate for lesbian, gay, bisexual and transgender rights.

He most recently lived in Northeast D.C. and was a digital political strategist with New Blue Interactive, a boutique strategy firm in the District.

Spires, 18, also was arrested Thursday in connection with an unrelated violent robbery in Northwest D.C., according to The Post. He was released Friday.