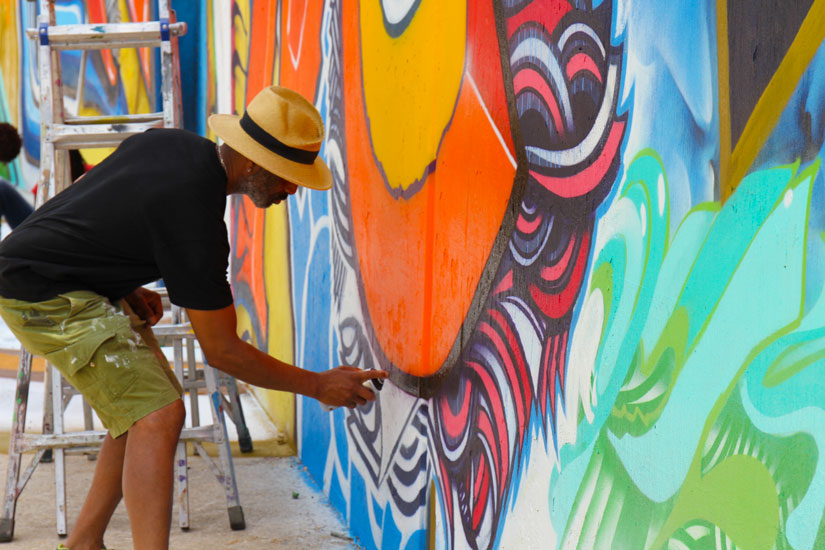 The “largest public art project” in the District is set to have its official unveiling in NoMa tomorrow with free food, music and dancing.

To celebrate the completion of 14,000 square feet of murals at Storey Park (1005 1st St. NE), the NoMa Business Improvement District and D.C. nonprofit group Words Beats & Life are slated to throw a party that starts at 6 p.m. Wednesday on the transformed lot. The festivities will include disc jockeys and break dancing performances, in addition to the free food.

After the unveiling, the NoMa BID will have a free screening of “Breakin’ 2: Electric Boogaloo” on the lot. The movie, which is part of the organization’s outdoor film series, is slated to begin at 8:45 p.m.