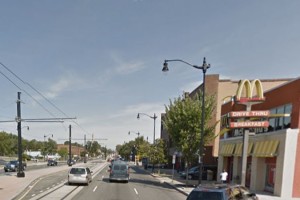 A 23-year-old man wanted in connection with a May shooting was arrested over the weekend for allegedly displaying a gun on Benning Road NE, police said yesterday.

Bijan Gray of Northeast D.C. was apprehended about 5 a.m. Sunday after police received a report that he had a gun on the 1600 block of Benning Road NE, which includes a Safeway, McDonald’s and other businesses, according to authorities.

He is suspected of shooting a man on the 1900 block of I Street NE May 18, police said. The victim was sent to a hospital with a gunshot wound.

The shooting happened about four blocks from where Gray allegedly flashed a gun.