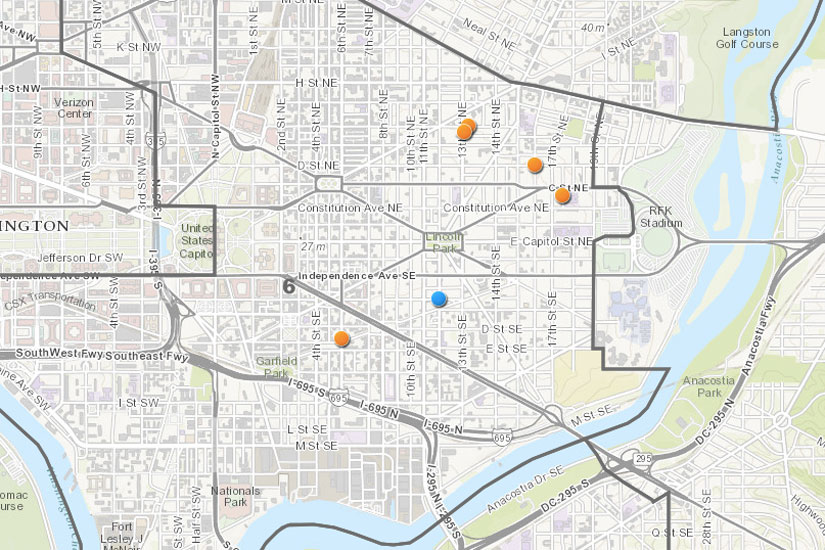 Mayor Muriel Bowser has launched another “Palooza” campaign to repair roadways in the Capitol Hill area and other parts of D.C.

As part of its first-ever “AlleyPalooza,” the District Department of Transportation will mend alleys in each of the District’s eight wards, Bowser announced today. AlleyPalooza follows “Potholepalooza,” which the mayor began in March to fix potholes.

The Ward 6 roadways targeted in AlleyPalooza include alleys near:

The program is set to be completed in mid-September, and will cost taxpayers about $3.7 million. Residents can track the progress of alley repairs online.

“We want our roads to be safe and reliable,” Bowser said in a statement. “AlleyPalooza shows our commitment to making that happen.”

Image via District Department of Transportation