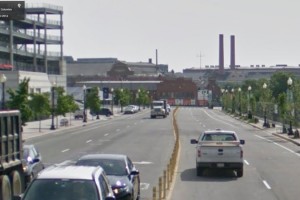 Six people were injured in a crash near Nationals Park this afternoon.

All of the people injured in the crash were hospitalized with non-life-threatening injuries, D.C. Fire and EMS said. The people were either drivers or passengers of the cars.

Eastbound lanes on Potomac Avenue were blocked temporarily while police and emergency services responded to the scene.