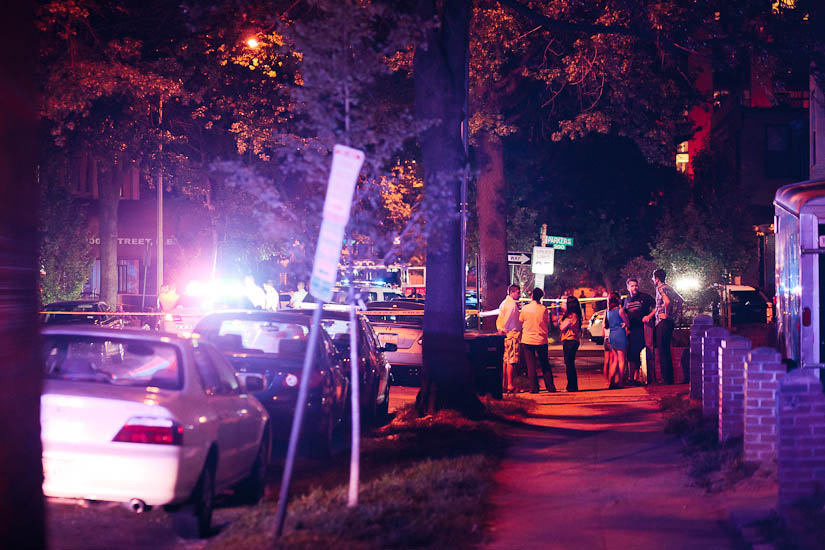 (Updated at 11:10 a.m.) A man was killed and another man was injured after two separate NoMa-area shootings yesterday.

Last night, police responded to a report of a shooting on the 900 block of 3rd Street NE between K and I streets NE about 10:15 p.m., according to authorities.

Timothy Bing, a 36-year-old man from Northeast D.C., was the victim, police said.

The man’s body was on a sidewalk in front of a house on 3rd Street with multiple gunshot wounds when authorities arrived on scene.

Residents of nearby houses and an academic facility told Hill Now they heard gunshots and saw a car speeding down the street. But authorities were unable to confirm those accounts.

Two burglars shot a Flats 140 resident in a hallway, police said. The man was hospitalized.

The management team of Flats 140 and Flats 130 was “notified of a reported altercation that resulted in one male guest being shot at the property,” the Flats 140 general manager said in an email to the buildings’ residents. The general manager urged residents to submit any information they may have regarding the incident.

In another email later that day, the general manager added that the buildings’ management team has “contracted security services to patrol both Flats 130 and the 140 buildings beginning today until further notice.”

No arrests have been made and police said the victim was unable to give a description of the suspects.