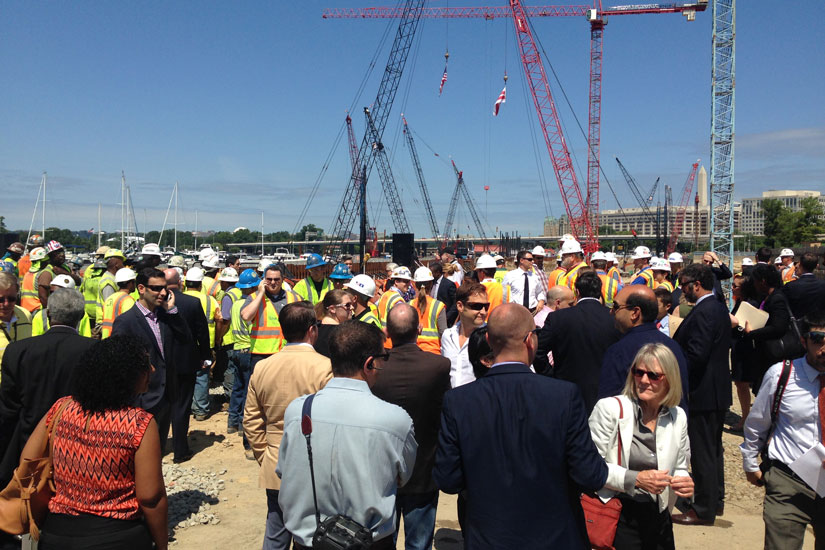 The leading U.S. trade group for psychiatrists will move to The Wharf on the Southwest waterfront, becoming the first major occupant of the office space under construction at the development.

The American Psychiatric Association will take up 63,000 square feet at 800 Maine Ave. SW, Wharf developer Hoffman-Madison Waterfront said today. The announcement came as the developer marked the end of excavation work at The Wharf this morning.

The trade group, which is currently in Arlington, previously had its headquarters in D.C. before it set up shop in Virginia more than 12 years ago. The organization is expected to move to The Wharf between November 2017 and January 2018.

“We are delighted to welcome the American Psychiatric Association and their 200 employees back to their home, in D.C.,” Mayor Muriel Bowser said in a statement. “The APA’s move is another sign that our infrastructure, our economy and our talent are attracting world-class organizations into the District.”

In addition to the American Psychiatric Association and other office and retail tenants, The Wharf will have a condominium complex and an InterContinental hotel.