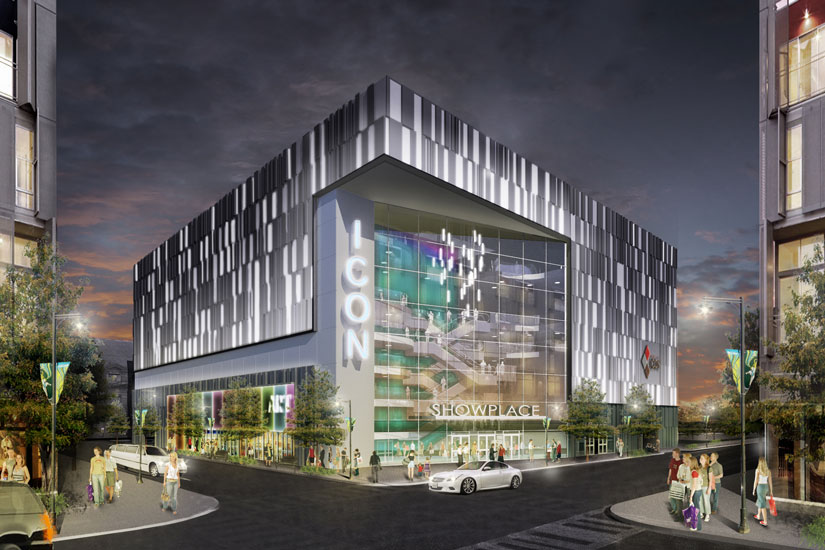 A luxury, 16-screen movie theater is scheduled to make its debut near Nationals Park in the next three years, a developer announced today.

The Showplace Icon at The Yards is expected to open to the public in early 2018 on N Place SE, according to Navy Yard developer Forest City Washington. The cinema will be a block away from Nationals Park in Navy Yard, which currently has no movie theaters.

The 66,400-square-foot Showplace Icon will sit in a new building on property that D.C. Water uses now. Construction on the theater is set to begin early next year.

The theater will feature reserved seating, leather recliner seats, a full bar and adults-only areas. The cinema can hold up to 1,500 moviegoers.

“From Yards Park to great restaurants and retail, the Capitol Riverfront has been re-energized,” Mayor Muriel Bowser said in a statement. “The addition of the Showplace Icon movie theater will add even more vibrancy to this thriving neighborhood. We remain committed to continuing this progress in all eight wards so residents and visitors continue to choose Washington, D.C., as the place to work, eat and play.”

Tony Kerasotes, chairman and chief executive officer of Kerasotes Showplace Theatres, said his company “couldn’t be happier” to put a cinema from its Showplace Icon brand in Navy Yard.

“We’re looking forward to introducing 21st century movie-going to the discerning audiences in the nation’s capital,” he said in a statement.