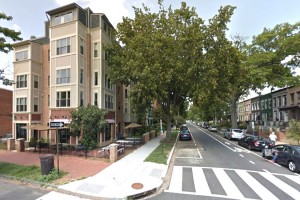 A man shot a boy in an attempted robbery in Hill East last night.

The shooting happened about 10:15 p.m. on the 200 block of 15th Street SE, which is between Independence Avenue and C Street SE, police said. The area includes Curbside Cafe and is near Payne Elementary School.

The boy was walking on the block when the would-be robber struck, according to authorities. The man demanded property from the boy and shot him when he tried to flee.

The juvenile was hospitalized, police said.

Authorities described the suspect as a short man wearing a striped shirt.