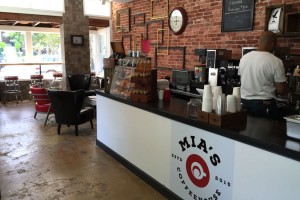 Mia’s Coffeehouse near Lincoln Park will begin serving its coffee, tea and sandwiches on Sundays, after locals called on the eatery to keep its doors open throughout the weekend.

Located at 101 15th St. NE, Mia’s will be open from 7 a.m. to 3 p.m. on Sundays, starting this weekend. The coffeehouse also will continue to serve customers Mondays through Saturdays, as it has done since it opened last month.

Jeff Lee, who is running the cafe with his wife, Jenohn, said the call to open on Sundays became “overwhelming.”

“At Mia’s I tell my employees that we will do anything for the guest and we will listen to what they have to say,” Lee said in an email. “There was enough of a chorus of voices telling us to open so we made the decision to do so.”