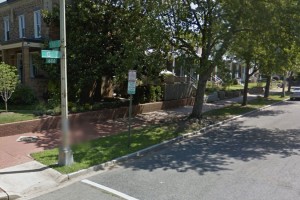 A man stabbed a woman on a bicycle ride near Congressional Cemetery in Hill East yesterday afternoon.

The stabbing happened on the 1600 block of G Street SE about 5 p.m., police said.

The woman was riding her bicycle when a man approached her with a knife, according to authorities. He then stabbed her on her shoulder, causing a minor cut.

The victim was brought to a hospital where she was treated and released.

Police described the suspect as a 5-foot-11 man who is 30 to 40 years old and has a dark complexion. He wore a black shirt and dark jeans.