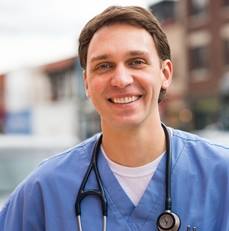 A well-regarded veterinarian on the H Street corridor has died.

Keith de la Cruz, an animal doctor with AtlasVet at 1326 H St. NE, died “suddenly and unexpectedly” this week, his clinic said last night in a Facebook post. His age and the cause of his death weren’t immediately clear.

De la Cruz advised and assisted pet owners at AtlasVet for almost three years. Prior to his time at the pet hospital, he worked with a family of clinics called Caring Hands.

“Keith was a friend to all and a valued colleague,” VVMA president Terry Taylor said in a statement on behalf of the VVMA Executive Committee and Board of Directors. “Our profession has lost a wonderful member. Keith selflessly contributed to veterinary medicine and he will be greatly missed.”

AtlasVet was closed Tuesday and Wednesday for a “hospital emergency,” but did not say whether the closing was related to de la Cruz’s death.

A representative at AtlasVet could not be immediately reached for comment.

We lost one of our own this week. Dr. de la Cruz was loved by his staff & clients. It is with extremely heavy hearts that we say goodbye