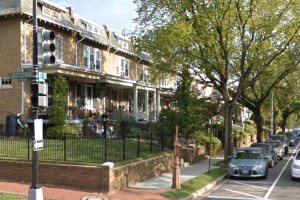 A man with a toy bat attacked and robbed someone near Eliot-Hine Middle School last night.

The thief approached a man on a sidewalk in the area and hit him with the toy bat in the leg before fleeing with some of the victim’s property, according to authorities. It wasn’t immediately clear if the bat was a baseball bat or a toy animal, however.

Police described the suspect as a bald, 50-year-old man. He had no shirt on and was wearing blue shorts and white sneakers.

At least two armed robberies have happened in the Capitol Hill area since yesterday, too.

Early this morning, three men robbed someone at gunpoint near the H Street corridor.

A man was walking in the area when one of the three thieves hit him with an an unknown object, knocking him to the ground, according to authorities. Two of the robbers then pointed guns at the victim and took property from his pockets before they fled.

A man was walking on the block when the the two thieves struck, according to authorities. One of the robbers flashed a gun, and they stole some of the victim’s property. The thieves then got into a car and drove away.