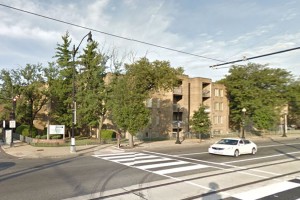 Police are investigating two separate shootings that injured a man and a woman in the Capitol Hill area over the weekend.

The shootings happened near the H Street corridor and in Hill East Saturday, according to authorities.

A bullet grazed a woman’s head on the 700 block of 16th Street NE about 4:30 a.m. Saturday, police said. The area is about a block from the Starburst Plaza intersection, where H Street NE, Benning Road NE and other roadways meet.

The victim was in a parking area behind the Pentacle Group Apartments when she was shot, according to authorities. She was hospitalized for her injury.

Police are looking for a man with dreadlocks in connection with the shooting. He was last seen riding a bicycle.

Later that day, a man also was shot at the Potomac Gardens public housing complex in Hill East, according to authorities.

Police responded to a report of gunfire about 11:45 p.m. Saturday and found a man on the 1200 block of I Street SE with multiple gunshot wounds. He was hospitalized for his injuries.

Authorities didn’t release any suspect information in connection with the shooting.