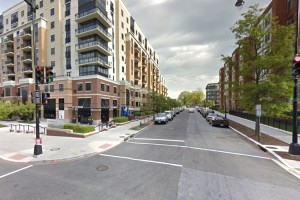 A man was punched in the head after he thew a dollar to the ground in an armed robbery early yesterday morning in Near Northeast.

The robbery happened on the 1000 block of 3rd Street NE about 1:30 a.m. Tuesday, police said. The area is about three blocks from H Street NE.

The victim was on a sidewalk in the area when the thief rode up to him on a bicycle. The robber, who had a gun wrapped in a shirt, told the man to “stop trying to pick up those f**s and empty your pockets,” according to authorities.

At that point, the victim flung a dollar on the ground, and the thief hit him in the head with a closed fist, police said.

Both the victim and the robber then fled.

Police described the suspect as a 20-to-30-year-old man who is five-foot-nine to five-foot-ten.