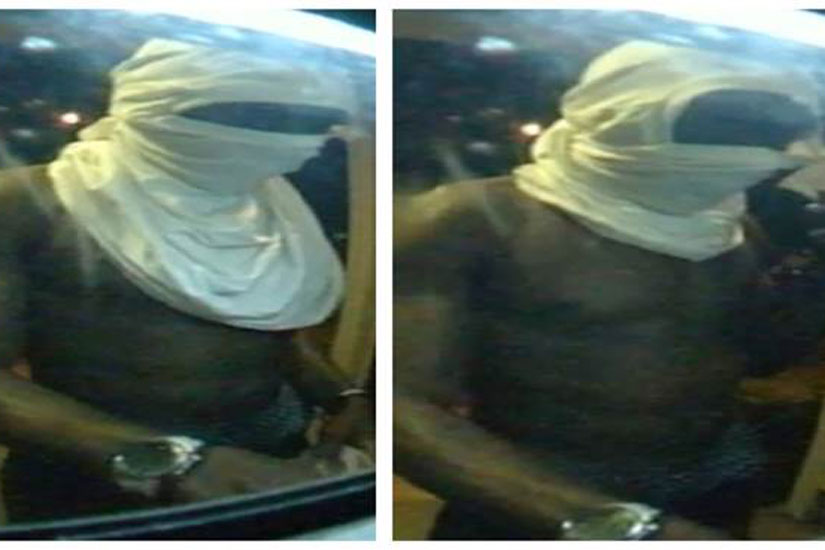 A man suspected of having a role in a string of recent robberies near the H Street corridor and in Northwest has been photographed.

Police last night released photos of a man whom they called “a person of interest” in six armed robberies, two of which happened near H Street NE and four of which occurred in Northwest early yesterday morning. Two robberies that happened near the H Street corridor last week also appear to have links to the other incidents, according to authorities.

The photos released by police show a muscular, bare-chested man with a white garment wrapped around his head. The fabric covers most of his face, leaving only a slit for his eyes.

Starting at about 12:15 a.m. Tuesday, two men robbed someone at gunpoint near Chevy Chase Circle in Northwest, police said. Over the next two and a half hours, four more armed robberies involving two men happened in Northwest and near H Street NE. An armed robbery involving three men also occurred in Northwest.

Near the H Street corridor, the thieves struck on the 1200 block of G Street NE about 2:45 a.m. and on the 800 block of 11th Street NE less than 10 minutes later. The victims in both of the robberies had their cellphones stolen.

After the 11th Street robbery, the suspects got into a car and drove away.

Police said each of the six robberies involved two 20-to-25-year-old men with guns. One of them wore a brown safari or fisherman-style hat.

Authorities also are looking for a gold or tan older-model car that the suspects may have used.

Anyone who has information regarding this case should call police at 202-727-9099. Additionally, information may be submitted to the TEXT TIP LINE by text messaging 50411. The Metropolitan Police Department currently offers a reward of up to $10,000 to anyone who provides information that leads to the arrest and conviction of the person or persons responsible for a robbery committed in the District of Columbia.