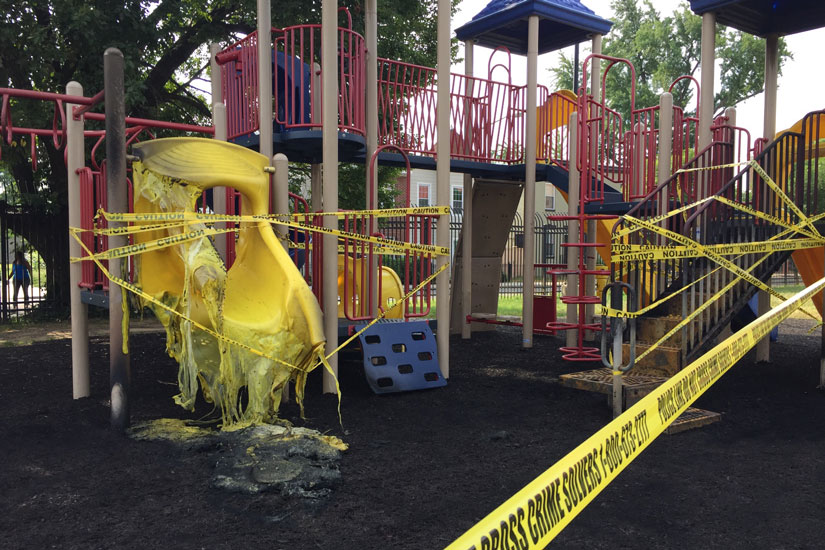 A fire took hold at a playground near the H Street corridor last night, damaging the area, but causing no injuries, according to authorities.

Firefighters responded to a report of a fire at Miner Elementary School’s playground about 7 p.m., D.C. Fire and EMS Department spokesman Timothy Wilson said. The school is at 601 15th St. NE.

The cause of the fire is under investigation.

The playground was surrounded by caution tape and smelled like burnt plastic this morning. Within the taped-off area, a yellow slide and a staircase had noticeable damage.

The slide was missing its bottom half, which the fire appears to have melted away. The staircase had scorch marks.