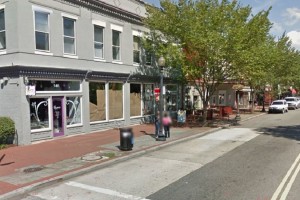 A custom frame shop will move across the street from its current location on Barracks Row into the former home of the Be With Me Playseum this fall, a neighborhood group announced yesterday.

Frame of Mine is expected to relocate from 522 8th St. SE to 545 8th St. SE in October, according to Barracks Row Main Street, a nonprofit organization that is dedicated to the street’s revitalization. Playseum left the space after it closed down in May.

The 33-year-old frame shop will remain at its current location until the move is complete.

Another business also is expected to join Frame of Mine at 545 8th St. But a tenant hasn’t been announced yet.

“The idea of leaving 8th Street would have been heartbreaking,” Frame of Mine owner Cissy Webb said in a statement. “It is wonderful to discover a building owner who is not interested in a restaurant tenant — someone who wants to maintain the spirit of the old retail tradition on 8th Street.”

Frame of Mine is one of several businesses that are planning to leave or already have left Barracks Row storefronts this year.

In addition to the Playseum, the businesses include Capitol Hill Sporting Goods & Apparel, Homebody and Las Placitas Restaurant.

Homebody, which is in the process of relocating to 7th Street SE, is losing its space to a spinoff of Rose’s Luxury. Las Placitas, which is moving down to 8th and M streets SE later this year, is giving up its space to its neighbor, Matchbox, which is expanding.

A new tenant for Capitol Hill Sporting Goods & Apparel’s space hasn’t been announced yet. But Rodney Smith, the store’s owner, said he is set to shut his shop down before the year’s end.