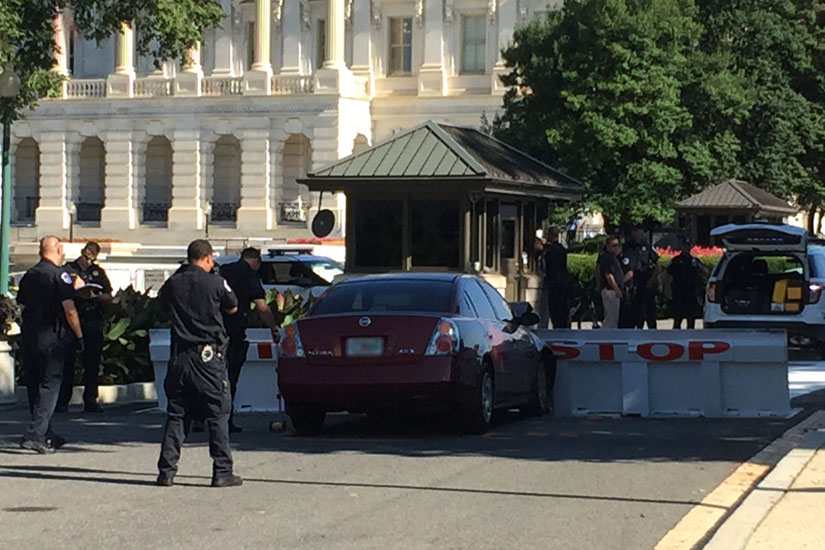 The crash happened near New Jersey and Independence avenues SE, the D.C. Fire and EMS Department tweeted about 8:45 a.m.

Antonio Pierorazio, the driver of the car, was taken into police custody, according to a U.S. Capitol Police spokeswoman. The man was the only person in the vehicle.

Police have completed their investigation of the crash, but haven’t said yet what they’ve learned about it.

When a Hill Now reporter arrived on the scene, several police officers were around a red Nissan Altima that was stopped by a barricade that controls access to a U.S. Capitol building parking lot. The car had Florida license plates.