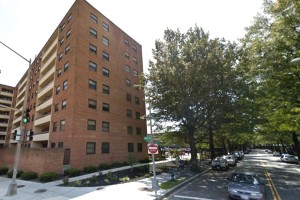 A man was shot in Southwest today about two blocks from a fatal shooting earlier this week.

The shooting today happened on the 1200 block of Delaware Avenue SW about 12:30 a.m., police said. The King Greenleaf Recreation Center and the Metropolitan Police Department’s First District headquarters are about a block from the area and the 1300 block of 1st Street SW, where a man was fatally shot Monday.

Police found the victim today suffering from multiple gunshot wounds, according to authorities. He then was brought to a hospital for treatment.

Authorities haven’t released a description of the shooter.