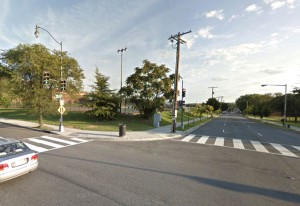 The robbery happened about noon Thursday between the unit and 200 blocks of 19th Street NE, police said. The area is just east of Eastern High School and Eliot-Hine and about a block west from RFK Stadium.

The thieves approached the woman from behind when she was walking in the area, according to authorities. One of the thieves pointed a gun at her before one of the men snatched something from her hand. At least one of the robbers also searched through her pockets.

The men then told her to walk away, and they fled in the opposite direction.

At least one of the men was 6 feet tall and wore a ski mask, police said.