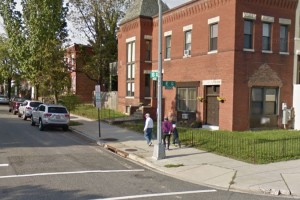 (Updated at 11:40 a.m.) A thief robbed two men at gunpoint after he hid in a bathroom of a northeast Capitol Hill house undergoing renovations over the weekend, police said.

The robbery happened on the 400 block of 13th Street NE about 3:30 p.m. Saturday. The area is about halfway between Maryland Avenue NE and Lincoln Park.

The two victims and another man were working on renovations to the house as the thief hid in the bathroom, according to authorities. After the workers went outside to throw away trash, the robber emerged from his hiding place with a gun.

The thief then robbed two of the men before fleeing.

Police haven’t released a description of the man who robbed the workers.

According to authorities, northeast Capitol Hill over the weekend also had other robberies, including:

-An armed robbery on the 1300 block of E Street NE about 8:45 p.m. Sunday. Two men, one of whom was armed, took a woman’s car, police said. Authorities said they’re looking for a 2009 white Lexus in connection with the theft.

-A violent robbery on the 1100 block of K Street NE about 8:45 p.m. Saturday. Two men pushed a man off his scooter and took it, police said. Authorities described the suspects as 22-to-30-year-old men who had long dreadlocks.