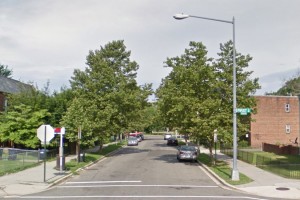 Two D.C. men were sentenced yesterday for their roles in a shooting that injured one teenager in Southwest earlier this year, according to the D.C. U.S. Attorney’s Office.

Adrian Wade, 20, received a six-year prison term, after he pleaded guilty in D.C. Superior Court to assault with a deadly weapon and possession of a firearm in connection with the shooting.

JaJuan Smith, 18, obtained a two-year prison sentence, after he pleaded guilty to charges of acting as an accessory to the shooting and possessing an unregistered firearm and ammunition. But his sentence was suspended on the condition that he finish 18 months of supervised probation.

Wade first flashed a gun during an encounter with four juveniles near the Friendly Food Market at 1399 Half St. SW, prosecutors said. The victims then fled down the block.

Soon after, Wade encountered the group again about a block west of the market, prosecutors said. He then fired his gun at them four times, striking a 16-year-old boy in the ankle.

After unloading the shots, Wade handed the gun to Smith, who fled the scene and tossed the weapon in a bush, prosecutors said. Police recovered the gun and matched bullet casings at the scene to the weapon.

more stories
Previous
Hill Pet of the Week: Jazz
Next
‘BeerDisneyLand’ in Navy Yard Slated to Open This Spring