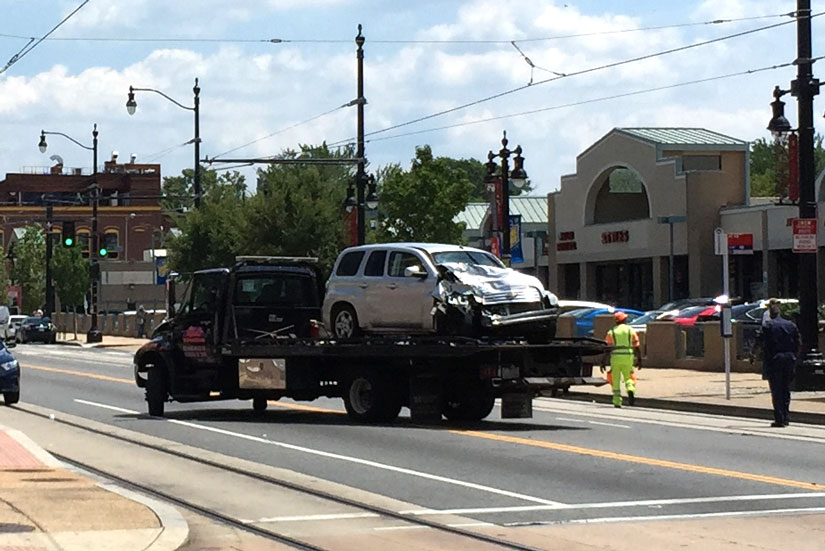 A man was arrested today after he crashed a car that U.S. marshals were chasing on H Street NE, according to authorities.

The crash happened at 8th and H streets NE, the D.C. Fire and EMS Department tweeted about 11:30 a.m. One person was hospitalized with serious, but non-life-threatening injuries, a D.C. Fire and EMS spokesman said.

It wasn’t immediately clear if the person injured was the driver of the car. Authorities also haven’t identified the man who was apprehended.

Members of the U.S. Marshals Service Capital Area Regional Fugitive Force tried to serve the man a warrant before he jumped in a car and drove away, a U.S. Marshals spokesman said. The warrant was for failure to appear in D.C. Superior Court.

At 8th and H streets, the man went through a red light and crashed, damaging three cars, the U.S. Marshals representative said. He then leaped out of his car and authorities apprehended him in a restaurant, which the spokesman didn’t identify.

H Street was closed temporarily as crews worked to clean up the scene. When a Hill Now reporter arrived, a tow truck was driving away with a silver car that had significant damage to its front end.