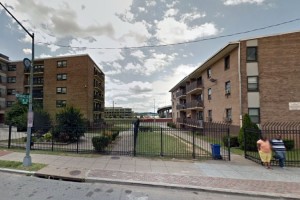 A thief with a gun robbed a man in Hill East this morning, police said.

The robbery happened on the 1000 block of the 12th Street SE about 2 a.m. The area is about a block from the Potomac Gardens public housing complex.

The victim was sitting in his car when a man came up to him and flashed a gun, according to authorities. The thief then ordered the victim to hand over his cellphone.

After the victim gave up his phone, the robber fled.

The suspect is described as a short-haired man who is about 20 years old.

more stories
Previous
Where to Watch the Republican Debate on Capitol Hill
Next
PHOTOS: Goats Get Back to Work at Congressional Cemetery