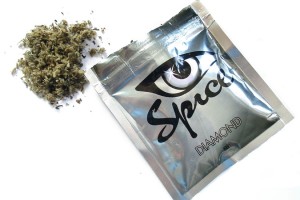 Representatives of the D.C. U.S. Attorney’s Office and the D.C. Department of Behavioral Health will provide information about synthetic drug hazards during presentations at the Community for Creative Nonviolence, Central Union Mission and D.C. General homeless shelters over the next two weeks.

The discussions are “tailored to equip the homeless population with important information about the dangers of using substances such as K-2 and Spice, as well as the current state of the law enforcement efforts related to the use and sale of the substances,” according to a new release. Staff with the Department of Behavioral Health also will be available to help people who need treatment.

The meetings come after several people appeared to overdose on a synthetic drug and an unknown substance at the Community for Creative Nonviolence this summer.

At least seven people overdosed on synthetic marijuana at the shelter in early June. Later that month, four people were hospitalized after they apparently overdosed on an unknown substance.

“Despite innocent-sounding names like Spice and Scooby Snax, synthetic cannabinoids threaten public health and safety,” Acting U.S. Attorney Vincent Cohen Jr. said in a statement. “While we are committed to enforcing criminal laws, we also have a responsibility to educate the public. As evidenced by recent overdoses of homeless individuals, we need to reach out to all segments of our community to get the message out that synthetic cannabinoids are far from harmless.”

more stories
Previous
PHOTOS: Goats Get Back to Work at Congressional Cemetery
Next
Morning Rundown