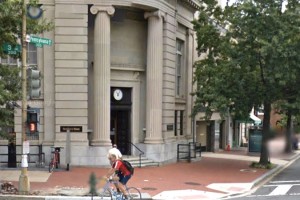 A man scared away two would-be thieves after he punched one of the men near Seward Square over the weekend, police said.

The attempted robbery happened on the 300 block of Pennsylvania Avenue SE about 2:15 p.m. Saturday.

The would-be robbers approached the victim when he was partially asleep at a bus stop in the area, according to authorities. They then tried to grab his wallet from his pants pocket.

At that point, the victim hit one of the men in the face. The duo then fled.

Police described the suspects as men who are 18 to 25 years old.

According to authorities, the Capitol Hill area also had other crime since Friday, including: