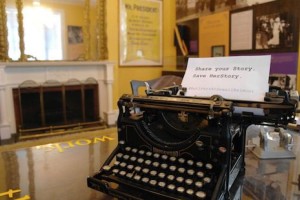 Sen. Barbara Mikulski (D-Md.) is looking to add a historic house on Capitol Hill to the national park system.

Mikulski last week introduced legislation that would help preserve and promote the Sewall-Belmont House & Museum at 144 Constitution Ave. NE by designating it a National Park Service property. The bill has 13 female Democratic senators as co-sponsors.

In June, the museum focused on women’s suffrage received an endorsement from the National Park Service, clearing the way for Congress or President Barack Obama to add the house to the national park system.

The house has served as the headquarters of the National Woman’s Party since 1929 and has a large collection of suffrage and equal rights movement documents. Recently, the costs of maintaining the aging building have forced the museum to cut back on public tours and educational programs, Mikulski said in a statement.

When introducing the bill, Mikulski said that designating the house as a National Park Service property “would not only give it the resources it needs to continue to educate the public, but would send a powerful message that women’s history is an important part of our nation’s history.”

“Senator Mikulski’s legislation is a major step toward ensuring our national parks continue to evolve and tell more diverse stories, including those about women’s history,” said Kristen Brengel, senior director of legislation and policy for the National Parks Conservation Association, which helps support U.S. national parks.

The bill is not yet scheduled for a vote in the Senate.