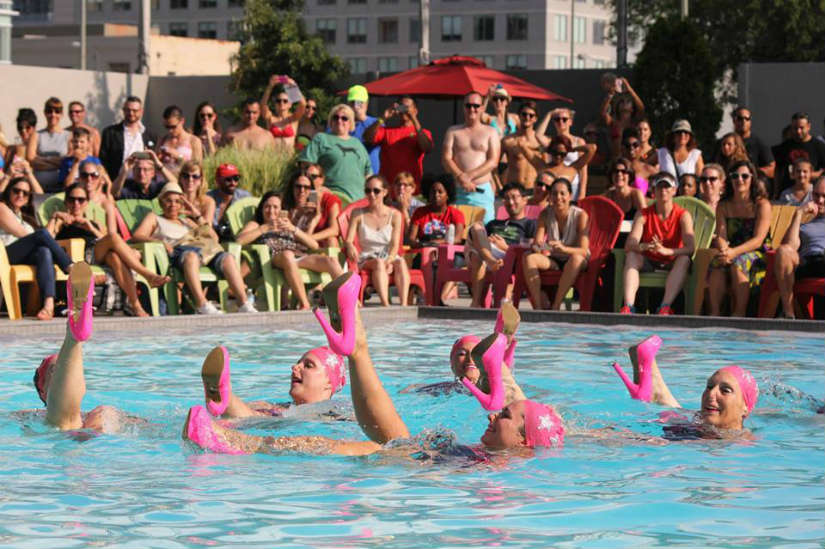 Artists, performers and a few experienced synchronized swimmers are set to descend on Southwest for a competition this weekend.

The Capitol Skyline Hotel pool at 10 I St. SW is slated to host eight teams that will perform short choreographed routines this Saturday as part of the Washington Project for the Arts’ fifth annual “SynchroSwim.” The competition starts at 4:30 p.m.

The teams will be judged not only for their skill and execution, but also for the “outrageousness” of their costumes and performances, according to event organizers.

Performances this year include a homage to the Netflix series, “Unbreakable Kimmy Schmidt,” and a performance to singer Meghan Trainor’s “All About That Bass.”

Although most teams are made up of performance artists, some of them will have seasoned synchronized swimmers, including members of DCsynchromasters, who have competed in past SynchroSwim competitions.

Admission for spectators is free. WPA expects about 500 people to watch the routines from the hotel’s pool deck, May said.

more stories
Previous
Hill Pet of the Week: Ranger
Next
Vegan Diner and Bar to Arrive on H Street Corridor This Fall