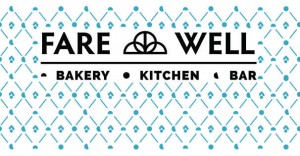 A diner-style vegan restaurant from the owner of Sticky Fingers bakery in Columbia Heights is slated to come to the H Street corridor in the coming months.

Fare Well is expected to open at 406 H St. NE sometime this fall. But an exact date hasn’t been set yet, owner Doron Petersan said today.

The restaurant will feature vegan dishes inspired by the diners and bakeries of New York, where Petersan grew up. The eatery also will serve beer, wine and cocktails mixed by W hotel mixologist Joey Ambrose.

For Petersan, Fare Well is a chance to move beyond the popular cookies and cupcakes of Sticky Fingers and show people that savory vegan food can be just as delicious.

Fans of her sugary staples don’t need to worry, however. Fare Well will have a full bakery and carryout counter in addition to a full-service bar and restaurant.

Although Petersan had hoped to open Fare Well this summer, construction on the eatery is ongoing and projected to finish in the fall, she said.