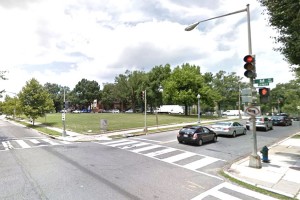 A group of young thieves choked and robbed a man near NoMa over the weekend.

The robbery happened on the 100 block of M Street NW about 3:45 a.m. Saturday, police said.

The man was looking for his car in the area when three young men and two young transgender women approached him in an alley, according to authorities. One of the robbers said, “You know what time it is!” and choked the man, causing him to fall, police said.

The thieves then grabbed some of the victim’s belongings before fleeing.

According to authorities, the Capitol Hill area over the weekend also had other robberies, including: