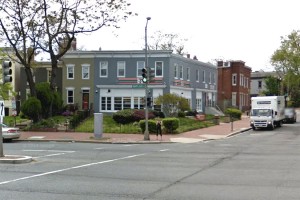 Capitol Hill residents are slated to meet tonight to discuss safety in the area after gunfire was reported near Stanton Park over the weekend.

The meeting is scheduled for 7 p.m. in the Northeast Neighborhood Library at 330 7th St. NE, according to a Facebook post. The library is in-between Stanton Park and the intersection of 8th Street and Maryland Avenue NE, where gunshots were heard Sunday about noon.

Police said they found shell casings in the area. No injuries were reported. But two cars sustained damage, according to locals.

“The goal of the conversation is to share what information is available regarding the incident and begin a discussion regarding efforts to improve safety in the 8th and Maryland area,” said Ali Noorani, who is helping organize the meeting. “I anticipate this will be the first of several conversations in order to work together to make the area safer for everyone.”