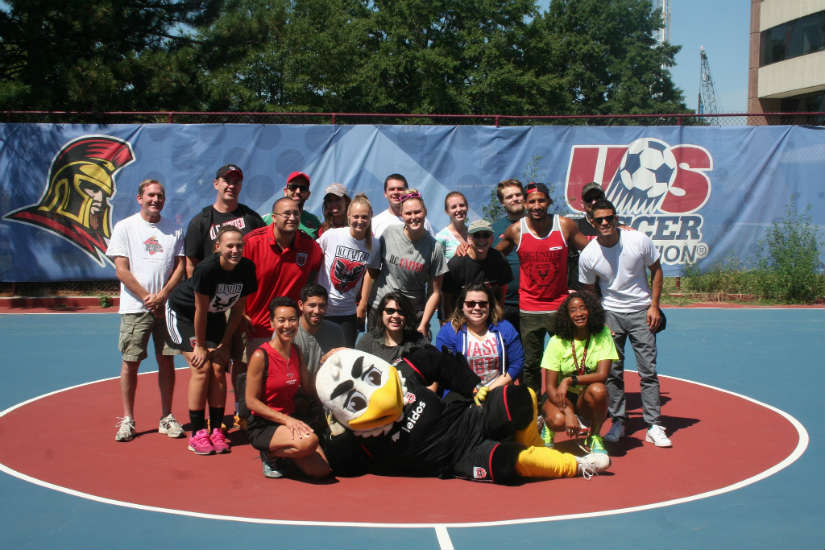 Several D.C. United players, officials and soccer fans kicked off the team’s partnership with a Southwest middle school at a back-to-school cleanup over the weekend.

The cleanup Saturday was the first event in a partnership with Jefferson Academy Middle School at 801 7th St. SW through D.C. Public Schools’ Adopt-a-School initiative, which was launched earlier this month. By adopting Jefferson, the soccer team has agreed to host at least three school-based events this year and to organize at least one donation drive for the school.

D.C. United and Jefferson haven’t publicized plans for future events and initiatives. But the “adoption” process required D.C. United to commit to at least a year-long partnership.

Neither a representative of the team nor the school could immediately be reached for comment.