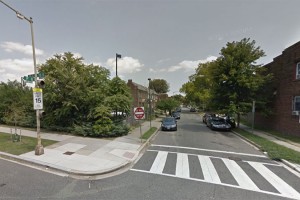 (Updated at 12:40 p.m.) A 20-year-old man suspected of stabbing two women and a man about a block from Miner Elementary School over the weekend has been apprehended.

Ernest Johnson of Southeast D.C. was arrested yesterday and charged with assault with intent to kill, police said.

The triple stabbing happened at a residence on the 1500 block of F Street NE about 4:45 a.m. Saturday, according to authorities.

When police arrived, they found the women and the man with stab wounds. The victims were brought to local hospitals.

It wasn’t immediately clear if the victims knew Johnson. Authorities haven’t released information about the circumstances that led to the triple stabbing.