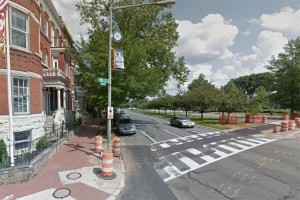 (Updated at 11:20 a.m.) Police are looking for seven men who allegedly punched and robbed a man about two blocks east of Barracks Row over the weekend.

The violent robbery happened on the 1000 block of Pennsylvania Avenue SE about 2 a.m. Saturday, police said.

The man was walking in the area when the suspects approached him, according to authorities. They then began to punch the victim in the face and other parts of his body, causing him to fall to the ground.

One of the suspects then reached into the man’s pocket to grab his cellphone and wallet. The group fled in an unknown direction.

A man also was attacked with a sharp object about two blocks south of Lincoln Park Friday night.

The assault occurred on the 200 block of 10th Street SE about 10:45 p.m. Friday, according to authorities.

Two men, who knew each other, were arguing when one of them pulled out a weapon, which police haven’t identified. The man with the weapon then cut the other man in the face.

The victim was brought to a local hospital for treatment, police said.