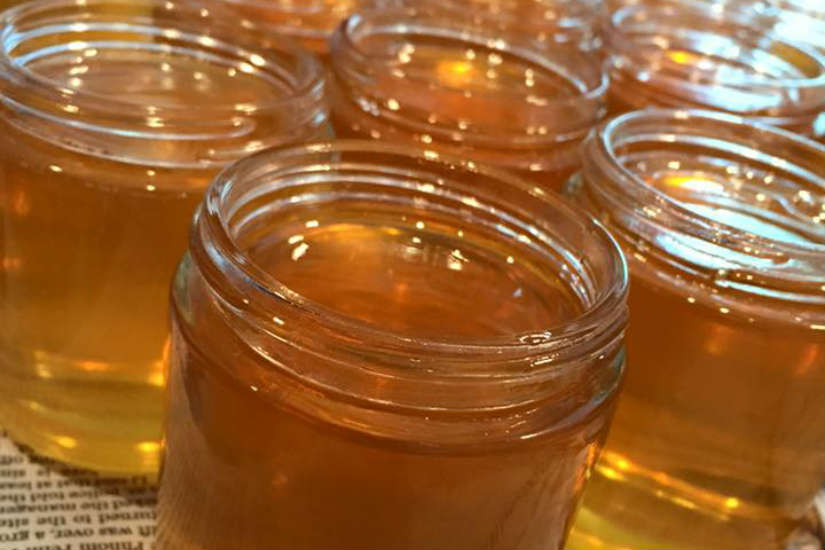 D.C. locavores have another chance to buy honey from two Kingman Park beekeepers. But the supply from H Street Honey might not last long.

Gavin Cepelak, who owns H Street Honey with his wife, Raquel Sherman, said he has harvested about 150 jars’ worth of honey, about half of what he sold last year. Cepelak said he has fewer hives than last year and has new hives that he didn’t want to over-harvest.

“With a new hive, you don’t want to take all of their honey away because they need it to survive through the winter,” he said. “Survival is the main focus this year.”

Cepelak and Sherman started the colonies later than usual this year because Sherman gave birth to their first child at the beginning of the year.

Although H Street Honey’s last batch was available at H Street Organic Market and several other local stores, Cepelak said he and his wife are planning to sell the honey themselves this year.

Locals interested in purchasing some of the honey can email H Street Honey. The honey is $16 for a 9-ounce jar.

Ceplak said he and his wife hope to find a location where they can sell their honey in September. In October, Ceplak is planning to host an event through Mess Hall, a culinary incubator and shared kitchen facility out of which H Street Honey operates. The event will feature two separate sessions for children and adults to learn more about beekeeping and honey cultivation.

“We’re going to do a kind of a bee education and harvesting demonstration for children in the early afternoon, and then in the evening, there will be an adult side of it where we’ll bring in a local pastry chef, a mixologist [and] probably a chef as well so people can taste the honey in different foods and drinks.”