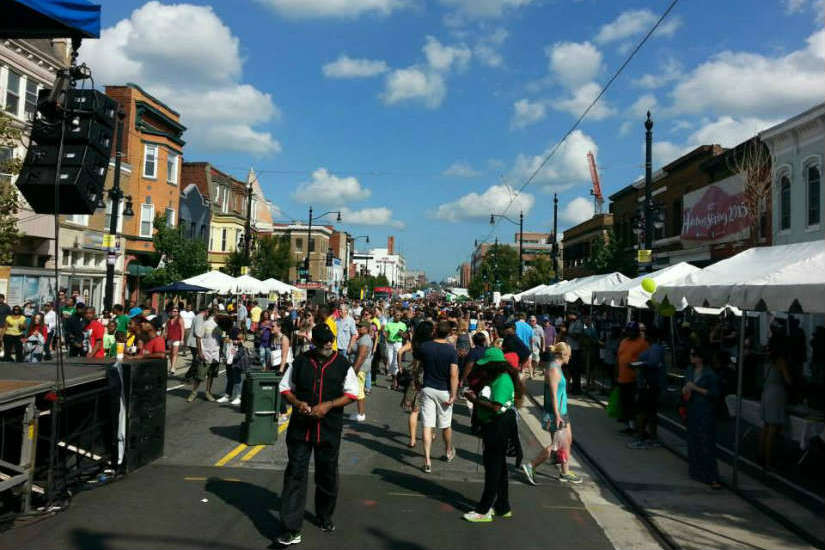 Eating contests, fitness classes, high fashion and ugly tattoos are set to all come together at next month’s H Street Festival.

The 10th annual H Street Festival will take over 10 blocks of H Street NE from noon to 7 p.m. on Sept. 19. In addition to the usual street fair attractions — food, live music and local art — the festival also will have some not-so typical attractions, including a fashion show, yoga and fitness classes, a burlesque performance and a “bad tattoo” competition, H Street Main Street, the festival’s organizer, announced today.

More than 175 restaurants, vendors and food trucks and several beer gardens will set up on H Street between 4th and 14th streets NE. Festival goers who want to add a little competition to their meals can sign up to participate in pie, chili and burrito eating competitions. On the other end of the caloric spectrum, attendees can participate in free yoga and fitness sessions.

The CBS show “Two Broke Girls” also will sponsor a teacup ride near the children and family zone, which will include kid-friendly entertainers and games.

Several local fashion designers will use the festival to kick off “District Fashion Week” with fashion shows and a couture fashion store, too.