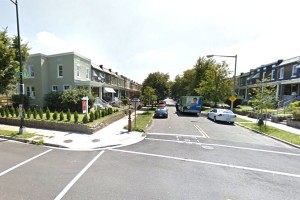 Two masked men with a gun attacked and robbed a woman last night.

The woman was walking in the area when the two thieves approached her, according to authorities. The robbers then snatched the victim’s purse from her shoulder and hit her, causing her to fall.

At one point, one of the men flashed a gun before they took the woman’s purse and fled down an alley.

The victim received minor scratches during the incident, police said.

Authorities also received a report of another armed robbery in Hill East this morning.

Police are investigating a robbery at gunpoint on the 1500 block of East Capitol Street SE about 8 a.m.

Authorities haven’t released any additional information about the incident at this time.