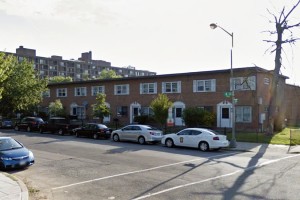 (Updated at 9:25 a.m.) A girl and a man were shot last night in Southwest about two blocks from the site of another shooting last week.

The victims were hospitalized with non-life-threatening injuries, according to authorities. Police said they’re looking for a blue sedan in connection with the shooting, but haven’t released a description of a shooter.

The girl was identified as 13-year-old Taije Chambliss by WUSA 9. The teenager was on her way back home from the library when she was unintentionally struck by a bullet, according to the CBS affiliate.

“Around this neighborhood there’s been a lot of shootouts and killing and stuff and my mom is trying to get some help for us to move from around here but nobody was trying to help her, but she was trying to prevent something like this from happening, like one of her kids getting shot,” 18-year-old Keandra Chambliss, Taije’s sister, told WUSA 9.

On Thursday, a man was shot on the 200 block of L Street SW. The victim was brought to a local hospital for treatment.

The attack happened about 11:45 p.m. on the 1100 block of Sursum Corda Court NW, which is surrounded by the Sursum Corda low-income housing cooperative between North Capitol and 1st streets NW.

The victim was standing in the backyard of a residence in the area when the assailant struck, according to authorities. She was brought to a hospital for treatment.