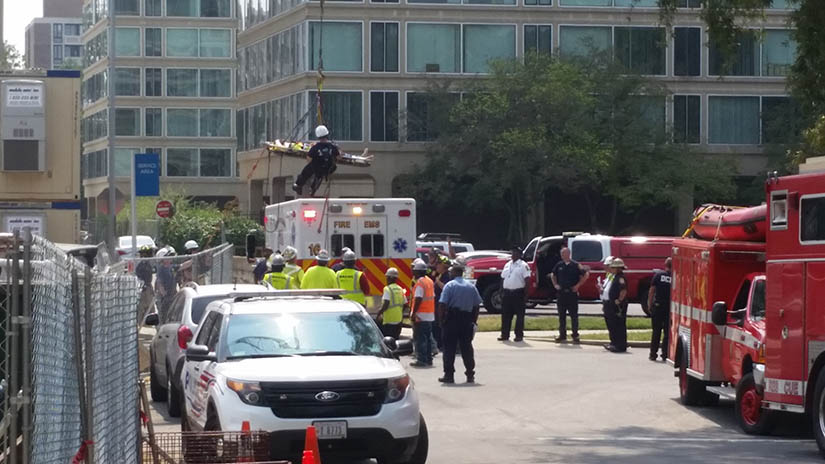 A construction worker in Southwest was hospitalized after reportedly falling into a hole this afternoon.

Emergency crews responded to the 1000 block of 4th Street SW about 12:45 p.m. after receiving a call about a worker injured after falling into a hole, D.C. Fire and EMS spokesman Tim Wilson said.

The worker was lifted out of the below-ground site on a stretcher and hospitalized with serious but non-life-threatening injuries, Wilson said.