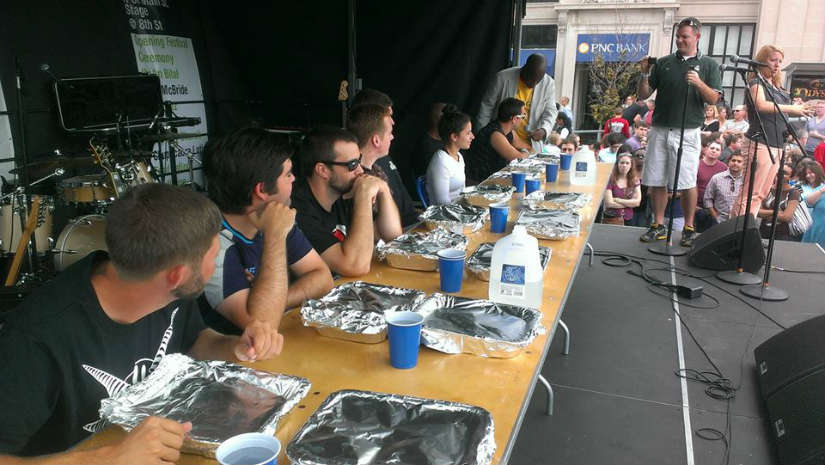 A Latin American restaurant on the H Street corridor will be giving out free food at this year’s H Street Festival. The only catch is festivalgoers have to eat it fast. Really fast.

Chupacabra Latin Kitchen and Taqueria will host its third annual competitive eating contest at the H Street Festival Sept. 19. Eight contestants will have the chance to eat as many tacos, arepas and cubanos as they can in eight minutes. Whoever eats the most will emerge victorious.

Contestants will receive one cubano, one arepa and six tacos. The contest will be one of several eating contests at the annual fair.

Kevin Bombardier, a co-owner of Chupacabra, said the contest is a good way for the eatery to get involved in the festival. He’s also said he’s been a fan of competitive eating himself since before he hosted his first contest in 2013.

“I love competitive eating and I’ve done a couple amateur contests myself,” he said. “I think it’s one of those interesting things that’s not as easy as everyone thinks.”

People who are interested in competing can email Bombardier. He said all are welcome to apply. But he warned that the arepa and cubano are challenging to eat quickly.

“Everybody knows a friend who says they can eat anything,” Bombardier said. “Once I started going to eating contests, I realized that a lot of training and work go into it.”

The official rules for the contest say that the eaters are allowed 30 seconds of “chipmunking” after time is through and that contestants are “not allowed to vomit.”