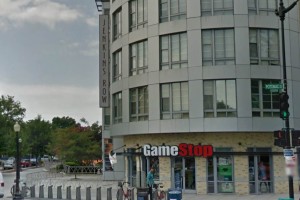 Two teenage boys pushed a man to the ground and robbed him near the Potomac Avenue Metro station yesterday.

The victim was not injured, according to authorities.