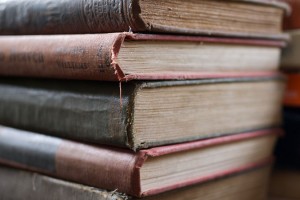 More than 30 Capitol Hill homes will open their doors for book-themed dinner parties next month as part of a literary fundraiser.

Party hosts pick a book that will serve as the theme of their dinner, and guests can purchase tickets to any one of the dinners, which will all be held Oct. 17.

This year’s dinners include a Southern feast centered around Harper Lee’s newly released novel “Go Set a Watchman,” local seafood fare at a dinner themed around the novel “That Chesapeake Summer” by Mariah Stewart and “inside-out lasagna” at a dinner built around Lewis Carroll’s “Alice in Wonderland.” After the dinners, guests will meet at the Hill Center at 921 Pennsylvania Ave. SE for dessert.

There are 36 dinner parties to choose from at this year’s feast, and online registration for guests opened on Tuesday. Registration will be open until Sept. 25 or until tickets sell out.

Martha Huizenga, co-chairwoman of A Literary Feast, said the organization encourages people to register as couples, but added that larger groups should split up for the chance to meet new people in their neighborhood.

“The point is to have fun and meet people in your community,” she said. “Earlier this week, people were already chomping at the bit and wanting to get their registration in early.”