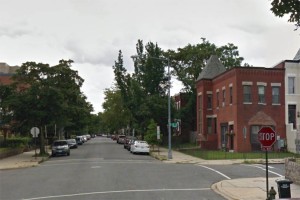 A man on a bicycle stole a diaper bag and wallet from a woman who was pushing her daughter in a stroller in northeast Capitol Hill yesterday afternoon, according to the mother.

The robbery occurred near Kingsman Academy Public Charter School at the intersection of 13th and E streets NE around 12:50 p.m., the woman said. A police alert issued around 1 p.m. about a robbery in the area appears to corroborate the woman’s story.

After posting on the listeserv, the woman’s diaper bag was found by a neighbor with everything inside except the cash from her wallet.

more stories
Previous
Woman Kidnapped at Gunpoint in Southwest, Sexually Assaulted
Next
Thanks to Our Sponsors and Advertisers