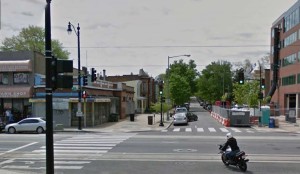 A prisoner briefly escaped police custody on Saturday on the H Street corridor but was recaptured about two hours later.

Northeast resident Jerome Wright escaped at the intersection of 7th and H streets NE about 5:30 p.m., police said. Wright was charged with distribution of a controlled substance.

On Friday, a homeless man was stabbed at the intersection of New Jersey Avenue and E Street NW near Union Station. The man was taken to the hospital for treatment, according to police. A suspect in the stabbing was arrested later that night, but additional information on the suspect was not immediately available.

On Saturday, a man was robbed at gunpoint near the intersection of 13th and E streets NE, near Kingsman Academy Public Charter School. The man was robbed about 10:45 p.m. by more than one person, police said. One of the men displayed a gun during the robbery. The man gave the thieves his cell phone, cash and keys and was not injured, according to police.

Later that night a man was arrested for a stabbing on the 1600 block of Rosedale St. NE in northeast Capitol Hill. The stabbing took place around 11:45 p.m. and the man was arrested shortly afterward, police said.

Early Monday morning there was a robbery on the 100 block of L Street NW. The robbery occurred about 5 a.m., police said, though information on the victim and suspect(s) was not immediately available.

A woman was stabbed about 9:35 a.m. Monday during a domestic dispute at a bus stop near the intersection of P and Canal streets SW. The suspect was arrested on the scene, police said.